Judaism
What are the basic beliefs and ideas?
﻿Judaism incorporates a range of different beliefs, ideas and values that are known to be god's word of guidance to life or more commonly, "the way of life". They are often thought to be given many duties from God which include the essentials of life based on the Torah.

Although Jewish people all have a different ideologies of God's appearance, Judaism remains a monotheistic religion and the idea of God as a whole is worshipped.
Many religions have a mindset of hope a heroic figure who will come redeem the dead, bring justice and bring happiness and peace in to world. In relation to Judaism, the figure they believe will come and redeem them is the Messiah.

There are 13 fundamental principles associated with Jewish Faith:
1. God exists
2. God is singular and unique
3. The belief in God's non-corporeality
4.God is eternal
5.Worshipping is to be directed to the one and only God
6. God can see the thoughts of men
7. The prophets word are true
8. The original Torah was given handed to Moses
9. The Torah is unchangeable
10. The belief in God's omniscience and providence.
11. God will recognise the good and punish the evil
12. The belief in the arrival of the Messiah
13. The belief in the resurrection of the dead

What are the values of Judaism?
The Jewish religion is centred around the concepts being humble, generous and caring. "Love your neighbour as you would love yourself" (a quote from the bible: Leviticus 19:18) refers to loving yourself and learning to love and accept others the same way.  Respect and learning to accept differences is the most important element as it proves to God that you are acquiescent and loving.
Jews go by a reflective concept of "eye an for an eye, a tooth for a tooth" which refers to how the treatment of others can result on how others treat you. .Synagogues, community centres, synagogues, religious youth groups, and camps are commonly known to Jewish people as their second homes therefore each individual should have a sense of security, and should feel comfortable . Jewish people believe that offering to the poor is a very crucial part of religious life. Synagogues often have charity funds to support those in need or less fortunate.
Also, Morality is not minimally observed form deeds but is also a combination of good deeds, thoughts, intentions, attitudes and doings.

The Ten commandments/ ten words of moral law also play a huge role in Judaism as it was derived traditionally through Moses and his peoples for guidance and righteous life teachings and has been passed down to many generations. Overall, Jewish religion has strong, righteous moral teachings that may hopefully lead others in to creating a better society and environment. 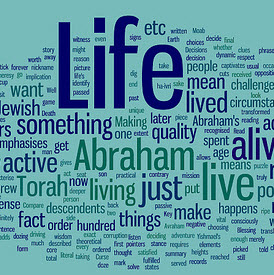