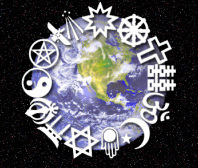 What are the world views of Judaism?
Judaism is viewed differently depending on the person and their perspective of the religion.  Today, many tradition/culture related, Philosophical views are tossed around in constant debate as to whether Judaism exists as a religion and if God is existent or not. This constant "debate" is coincidentally held predominantly between scientists(or those who study science) and religious peoples.

A topic that many of us have heard of is that humans are the evolved product of an ape. This, however is the ideology and theories  of scientific professionals. however, religious peoples (especially Christianised ones) have the belief that humans were a being God had created and the rest of the population are children of (dating back to beginning thesis) of Adam and Eve.

Another debatable topic we often hear is that "we cannot see God, therefore he is not real". This is a very broad topic and has been in discussion ﻿between  philosophers, theologians, scientists, through the media and so on. Many people take the perception that if it is something they are unable to see, it is therefore considered to them as inapplicable. an observant Jew must acknowledge the 13 principles and one of them states that "God is existent". (Quote from the bible) "The heavens declare the glory of God; and the firmament sheweth His handywork. The beauty and glory of the heavens speak loudly saying, "God exists."-Psalms 19:1. Depending on what perspective it is viewed from, it is interpreted in different ways. For example, many would then interpret the quote written above as an "individual belief"not a realistic fact. ﻿